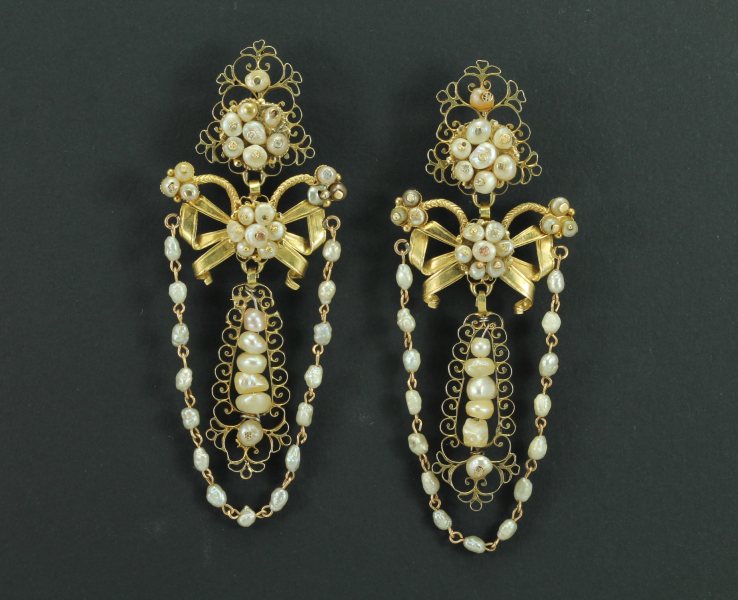 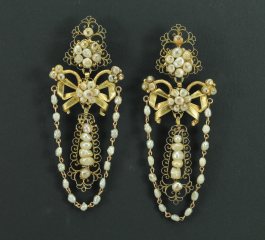 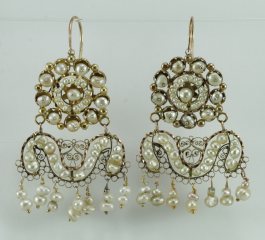 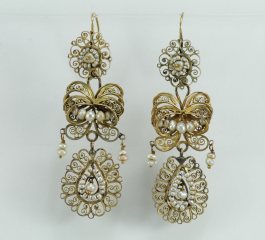 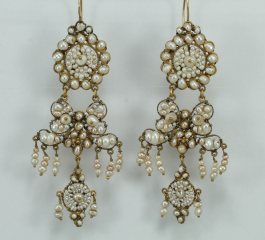 NATURE : An Arab legend says that when the moon is visible, the oysters opens and rises to the surface of the sea. They receives dewdrops and the pearls are formed. The same ideas had the Greeks and the Romans but the dew was replaced by the tears of Gods.
Later and up to the recent past all scientists belived that the pearls was formed around a grain of sand accidentally arrived in the oyster tissue.
Only in the last years, deeply scientific research resolved that the formation of the pearl is a reaction : for an injury; a parasite; a predator etc.. etc.. But not a grain of sand!
In a few words the pearl is a concretion formed of calcium carbonate, organic material and water, formed by a mollusc with a shell.
In the past most of the pearls was caming from the Persian gulf and also from other parts of the Mediterranean sea. Up to the beginning of XIX century pearls where found in many different parts of the world.
In the beginning of XIX century in Japan Mikimoto started to produce cultured pearls …..but this is another story !
HISTORY AND USES : Since preistoric age man started to decorate himself with many things, stones and…pearls. The Greeks and the Romans used pearls to make necklaces, earrings, etc..
But only in the Middle Age and Renaissance the use of pearls speeded up. A large amount of pearls arrived throught the trade from different parts of the world.
All over Europe Kings and rich people used them to make mostly necklace, pendants, rings and decorations for the beautiful ceremony dresses.
In Sicily hundreds of small pearls was used for jewellery and also for decorating important ceremony silk dresses ( also liturgical ). A nice collection is in the Hofburg- Wien .
Today we can find antique jewellery with nice old natural pearls. They are witness of a strong old tradition of love for the beauty and the magic of the pearls.