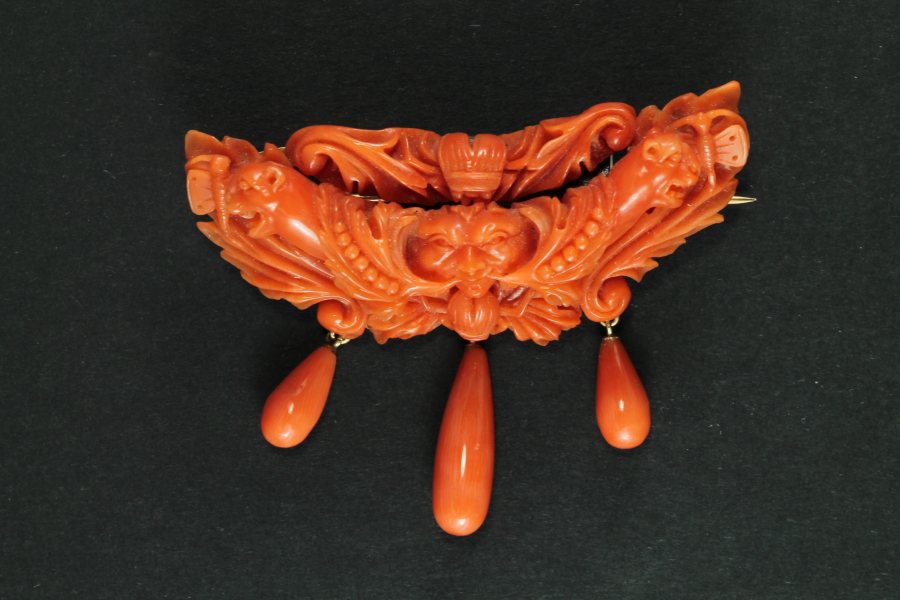 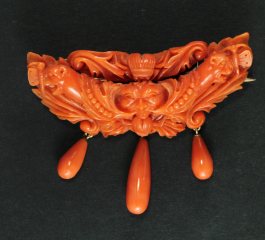 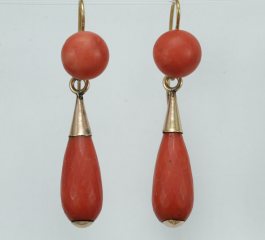 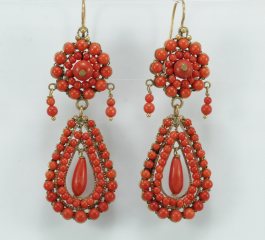 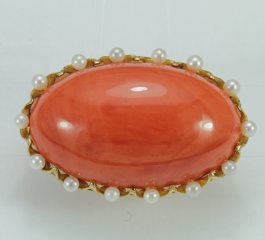 NATURE : Aristotele classified the corals as “plant-animals” because they look like a plant but
“ something moves on it…! “. Anyway in the past with different opinions and strong discussions the scientists mostly belived that the coral was a plant.
Only in the end of XIX century finally, the animal nature of the coral was generally accepted.
The coral is a strange colony of small animals ( polips ) that feeds of zooplancton and forms the branches leaving their calcareous bodies together.
Coral / Coral Reef: often there is a confusion between them, we can say that they are relatives.
The Real Coral, the precious- one ( coral nobilis ) is very rare; difficult to collect; hard and compact.
It was worked and polished since centuries in many different ways.
The range of colours is from pale pink , orange, red etc… It lives from 40 up to 200 mt. below the sea level .
Most of the real red precious coral cames from the Mediterranean sea along the coasts of Italy and Nord Africa.
The Coral Reef is soft; spongy ; of no special value and cannot be worked. It lives from 2 up to 15 mt. below the sea level. It can be found in many tropical parts of the world expecially in the Pacific area.
HISTORY AND USES : From the mythology the petrified Medusa’s blood, called coral, was considered a powerful amulet all over the world.
Incredibly the old medicine used the coral, also in powder, to prepare remedies against some illness. This was up to the end of 19th century in all Europe and still is nowadays in India.
Wearing red coral was ( and still is ) considered a good protection against the evil eye and it is bearer of good luck.
The coral was used since prehistoric times also as ornament. Carved or smooth in hundreds of forms it becames necklaces, earrings, rings, pendants and different ornaments.
All the cultures of the world search and appreciate the coral. Also the big Religions of the world are using coral as ornament for different liturgical purposes such as rosaries, little liturgical carvings and sculptures.
From Kings, rich people and lower classes the desire for something in coral was and is constant in human history. Nowadays jewellery appreciate the precious coral in many forms like: earrings, rings, bracelets, necklaces, brooches etc..
Also in France in the beginning of XIX century due to the neoclassical style the widespread use of the coral was mandatory. Napoleon; Pauline Bonaparte; Imperatrice Eugenie and Josephine etc… loved the coral carved or smooth also together with the gold filigree.
In Italy expecially in the south almost every woman, rich or poor has some coral ornaments according to their economic possibilities. It is mandatory from tradition and social rules.
The expensive coral was ( and is ) treasured as family’s heritage and is passed from generation to generation.
Sometimes Precious & Antique has the opportunity to acquire one of these precious and antique pieces and offer it to you !